#espresso with Renato La Fianza: whatever it takes! 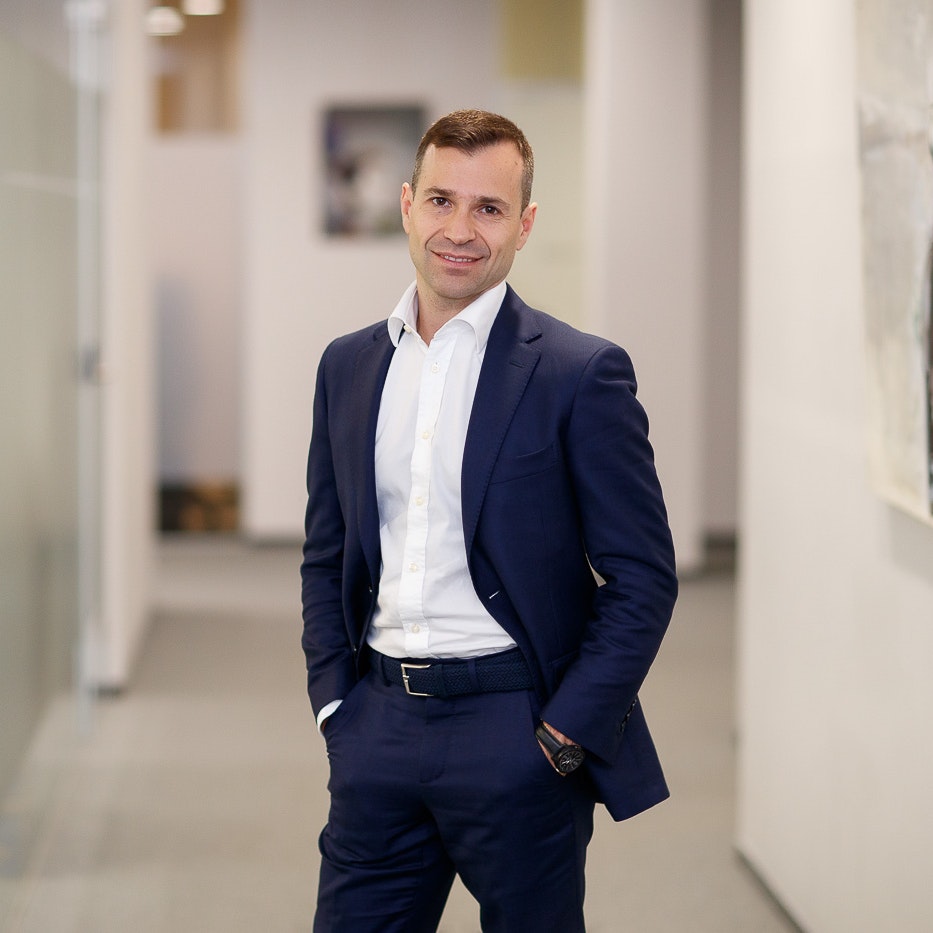 The greatest achievement – building the team

The only way to strive for success is to put as much effort as it takes,” says Mr. Renato La Fianza, who has extensive experience in the international financial sector (Merrill Lynch, UniCredit, and Mediobanca). A few years ago, he decided to leave his high-ranking position at the Italian investment bank Mediobanca and start over in a new country. Today Mr La Fianza leads the rapidly growing PayRay Company, learns Lithuanian, spends his free time playing tennis, and says he no longer wants to leave Lithuania.

Renato La Fianza is the man who wrote the first pages of the history of PayRay Company: “It all started with an idea, from the first phone call I had received from shareholders to the question of whether I want to work in Lithuania. Then I asked, “What kind of country is Lithuania?”. Soon I was googling everything about Vilnius and where it was. I remember the beginning of this adventure as a blank sheet of paper: a flight to a new country, to a new culture and social environment.”

For six months until June 2018, when Deputy Director Mindaugas Stasionis joined the team, Mr. La Fianza worked alone. Therefore, today he says that the greatest achievement is the fact that in such a short time he managed to build a solid foundation for a new company in the Lithuanian financial sector, bringing together an experienced team and gaining the trust of its members, while demonstrating growth. Mr La Fianza calls the results and success in different areas of the business development a “miracle”.

The CEO of Vilnius Factoring Company, as well as the whole team, follows the motto “Whatever it takes!”. Obviously, when you start with a blank sheet of paper and strive for the best results, there is simply no other way. “My philosophy is that plan B does not exist. If it did, it would be the implementation of plan A. Of course, this motto includes both positivity and determination as we must make every effort to succeed,” Mr. La Fianza says.

He abides to his motto by setting a good example every day, juggling different – but significant in their own way – responsibilities from the very first days of the company, including strategic planning to justify every step of the company, the need to know on how every colleague works and what for, the obligation to present the results to shareholders and a lot of other tasks that are important for a CEO.

From the “robot mode” to quality time and desire to stay

Mr. La Fianza admits that after taking up the challenge to create a factoring company, the first six months were very intense, spent almost in a “robot mode”. But now he has more time to reflect upon the beauties of Lithuania and believes this is most certainly a great country: “People here are wonderful, have a modern mindset, and speak English. So, it was pretty easy to adapt to living here. I think my quality of life today is much better than, for example, in London. If everything goes as planned, I never want to leave!”

This is also confirmed by the fact that Mr. La Fianza is learning Lithuanian. Lessons require both time and energy, but the achievements are already notable – his vocabulary is constantly expanding and he already understands most conversations. The time left after work and language courses, the CEO of Vilnius Factoring Company dedicates to movies, concerts and, of course, sports – playing football, tennis, running, going to the gym. It helps him get even more energy for the new day to come!

Of course, espresso – without which no Italian can imagine their day – also helps to recharge. During a year in Vilnius, Mr. La Fianza has not only managed to influence his colleagues with espresso but also found restaurants where he likes this coffee the most: “Several restaurants offer a really good espresso, almost like in Italy.

For updates on our business and the products that can help you grow.

PayRay is preparing to become a bank…

Apply today Speak to our experts